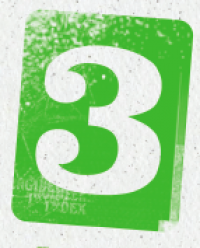 Children can't listen or learn well when they feel scared, hurt, or angry.

Physical punishment often has the opposite effect of what parents want.  Instead of teaching children how to behave responsibly, physical punishment is more likely to increase problem behaviors including resistance, power struggles, anger, and rebellion.

Physical punishment can interfere with healthy brain development.  Children build and keep brain connections that are reinforced by experience.  Physical punishment, pain, and fear can wire and shape a child's brain in unhealthy ways that lead to unwanted behaviors.  These problems include aggression, conduct problems, depression, and substance abuse.  Children who are hit are more likely to hit their friends and siblings.

Parents often say that they used physical punishment as a last resort when "they lost it" and that they had regrets afterwards.  When a parent gets angry, their child can feel or mirror that emotion and get angry too.  When children get angry, they cannot use the upper area of the brain that helps them control emotions and impulses.  When a child is angry, they also cannot use this part of the brain to learn right from wrong.